Who are modern-day heroes?

I asked this question to 200 young college students, and the thing which surprised me was their answers.

To begin with, there were people talking about famous actors, TV personalities, singers and even athletes. Few people took the name of cultural figures such as artists and writers and politicians.

But when the question was changed to “Who are your heroes,” all the answers changed.

A significant portion of the population now mentioned grandparent, a teacher from past, a colleague or an old friend. Basically, the response responses shifted from the spotlight of publicity to the true light of the heart.

This clearly shows that we have accepted a hollow and empty model of heroism but in our hearts, we have reserved a special place for someone who’s dear to us, someone who may not be popular as our hero is.

Therefore there is a strong need to reconsider our choices about our role models. We need to reprogram the whole mechanism to select the people we want to emulate. Ideally, they should be people who we respect on grounds of their ethical values and morals, not based on the number of followers they have on Twitter. What exactly should be the criteria for selecting our heroes?

They must have courage in their convictions. In other words, they should be people who are engrossed in their principles; even if they were imprisoned or killed for preaching what they believed. Does this imply we need to follow the same path? This may sound heroic but it certainly isn’t appealing at all.

According to me, a hero is a middle-aged man who loses his job and along with it his dignity and yet has the willpower to get back home and start all over again from the beginning. A hero is the widowed, divorced or single mother who shoulders the responsibility and drives herself day after day so that she can provide her children with a bright and secure future. Heroes are those young people who show courage to go to college or open a start-up/business, despite knowing such high unemployment rates which strikes fear in their hearts.

Heroes are those sweepers and cleaners who diligently do their job before 8 am and post 8 pm so that you find roads and offices clean. Heroes are those who adopt the children from the orphanage who are abandoned by their family at the time of their birth.

Heroes are doctors, nurses, soldiers, professors who shoulder the responsibility to safeguard our health, education and security, often for a modest sum of salary. The entrepreneurs who manage to run their company and provide employment to the deserving despite infinite bureaucratic headaches are our heroes. They are the surviours of terrible tragedies who chose to help other who share similar story and destiny, inspiring them to overcome the hard times. Heroes are journalists and artists who use their art as a weapon to plaint the world in their colors and spread the light everywhere.

Heroes are those people who protect our artistic treasures from immoral opportunists. They are retired people who survive on mere pensions after working hard for over four decades and still manage to live with pride as our grandparents. They are those people who walk on the path less traveled with their heads held high without giving up their identity or self-respect despite the discrimination they face based on their caste, gender, religion and political preferences. They are people who refuse to bend in front of the corruption, exploitation and scams just to win.

The “rocket science” behind the bowling action of Jasprit Bumrah 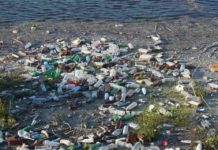