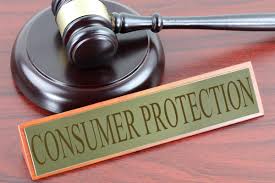 The Consumer Protection Bill, 2018 was passed by the Lok Sabha on 20th December. Introduced in the lower house in January, the Bill replaces the Consumer Protection Act of 1986. The rapid change in consumer markets had necessitated the need for a new consumer protection law. Practices like misleading advertisements, selling adulterated or spurious goods, and the emergence of new modes of transactions like online shopping, tele-shopping etc. were some contributing factors. The bill aims to strengthen the rights of consumers and also provide a mechanism for grievance redressal in case of defects in goods and deficiency in services.

New bodies to be set up under the Bill

The bill proposes setting up of Consumer Protection Councils as advisory bodies and a regulatory body known as the Central Consumer Protection Authority. This Authority can impose penalties for false and misleading advertisements and pass orders to prevent unfair and restrictive trade practices.

Setting up of consumer courts at the district, state and national levels under the name of Consumer Disputes Redressal Commissions is another feature. Although these Commissions were also present under the 1986 Act, their pecuniary jurisdiction has been revised now. An alternate redressal mechanism is also present in the form of meditation cells.

Penal provisions under the Bill

The penalties for the various specified offenses have been increased. For example, the Central Consumer Protection Authority can impose a penalty of up to Rs 10 lakh on a manufacturer/endorser in case of false and misleading advertisements. If such an offense is repeated, the fine may go up to Rs 50 lakh. The manufacturer can also be punished with imprisonment of up to two years and the endorser can also be prohibited from endorsing any particular product or service for up to one year, which may extend to three years for every subsequent offense.

Considering that the consumer protection legislation had not been amended since last three decades, the Bill has added various provisions that were absent in the 1986 Act. These include provisions on unfair contracts and product liability.

Rosalind Franklin: The unsung hero of the DNA double helix