According to several archaeological pieces of evidence which have been found, the deep-rooted science of water conservation has always been there in India. However, with the passage of time, these traditional water wisdom and systems have become less popular. Here is a brief account of some of the traditional water conservation systems of Rajasthan.

Jhalara: These grand structures are essentially man-made step-wells constructed since ancient times, primarily to honor kings and queens. Typically square (sometimes rectangular) in shape, with beautiful arches and motifs, they have steps on three (sometimes four) sides. These steps are built in levels in sequence. Besides being used for storing rainwater, sometimes they were also the sites for water sports. Situated far from residential areas, the quality of water in these structures is considered good for consumption. Eight of such sites of archeological importance can be found in Jodhpur.  The Mahamandir Jhalara is the oldest jhalara that dates back to 1660 AD.

Bawari: They were once part of the ancient network of water storage structures in the cities of Rajasthan. They were usually constructed in areas that received less rainfall and had hilly terrain. The rain that was received on the hilly terrains was then diverted to human-made tanks through a series of canals built. This water would then penetrate into the ground, raising the water table and renewing the deep and complex network of aquifers. A series of layered steps are built around these reservoirs to minimize the water loss.

Taanka: This is an indigenous rainwater harvesting structure limited to the ‘golden desert’ of India. Basically, it consists of either square (sometimes rectangular also) or cylindrical surfaced underground cavity into which rainwater from rooftops, courtyards, balconies or artificially cemented catchments flows. Once full, the water in a taanka is enough for a family of 5-6 members to survive for a complete dry season. These structures save families, especially females from everyday labor of fetching water from far distinct sources to meet their everyday needs.

Khadins: They are native structures constructed to harvest the surface water that run off from agriculture. Firstly, designed in India in the 15th century by the Paliwal Brahmins of Jaisalmer, this system is very much similar to the irrigation practices followed of the people of ancient Ur (present-day Iraq). It consists of a long embankment which is constructed across the rough uplands of the hills. Channels allow the excess water to drain off and the land with saturated water supply is then used for agriculture. 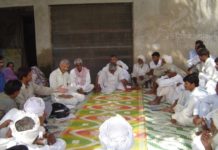 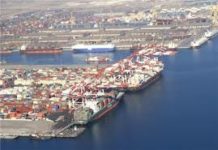