Shravan Maas or the fifth month of the Lunar Calendar is considered highly auspicious according to the Hindu and Vedic scriptures. The full moon day of the month or the ‘Shravan Purnima’ coincides with the birth star of Lord Vishnu, the Shravana Nakshatra. Hence, the whole month is believed to be auspicious. Some of the significant Hindu festivals like Nag Panchami, Rishi Panchami, Krishna Janmashtami, Raksha Bandhan, Shravani Purnima, Hariyali Teej are observed in the month.

Why is Savan so important?

According to the legend, during the pre-historic times, in the month of Savan, Gods and Demons decided to churn the vast ocean and equally share everything which is emitted from the churned ocean. During the process 14 things emerged from the ocean and among them emerged a deadly poison – Halahal, which had the power to destroy the world. Now, nobody was ready to accept this and this is when the God of the Gods, Lord Shiva agreed to accept the Halahal and save the planet from its harmful effects.

As soon as Lord Shiva swallowed the lethal Halahal, his throat turned blue. And this how he got the name ‘Neelkanth.’ This poison had enough power to burn Shiva’s throat. But because he had held the Moon on his forehead and the Ganges in his hair, he was able to remain calm even after drinking such powerful poison. This incident teaches us a lesson on how to use wisdom and knowledge to control conflicts in society.

Mythology says that after drinking the poison, Shiva experienced an intense burning sensation in his throat. And in order to pacify the heat, he ordered Ganga to shower cold water on him. Seeing the state of Mahadev, the Lord of Skies – Indra ordered the thunderous clouds to rain heavily to balance the agonizing pain of Shiva. Since then it is believed that whosoever pours milk and water on the Shivlings and statues of Lord Shiva, s/he is blessed by Lord Shiva because that soothes his pain of Halahal.

Bogibeel Bridge – The Long & Short of It! 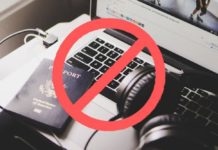