Of course he is…

Because there is no other way to describe his legendary career and the gargantuan records he set along the way, many of which might never be broken. A famous quote from ex- cricketer Peter Roebuck might explain why is he a “GOD”. He remembers,

“On a train from Shimla to Delhi, there was a halt at one of the stations. The train stopped by for few minutes as usual. Sachin was nearing a century, batting on 98. The passengers, railway officials, everyone on the train waited for Sachin to complete the century. This genius can stop time in India!”

Last I remember, human beings or any other living being on this planet does not have the power to do that..so what does that make him.. A  “GOD” ?

Well, I know sometimes we throw around these words loosely for anyone nowadays, for anyone who amazes us with their skill and talent, but in a cricket crazed nation like us, where millions of cricketers have played this game, and where there would be a million more to come in the future, not to mention million more cricketers from other cricket playing nations who too had their legends and greats of the game, none has been bestowed with the title of “GOD”.

Srikanth Kidambi, Padma Shri recipient and who became the Highest ranked men’s badminton player in the world in 2018, tweeted this of Sachin on his birthday –

Matthew Hayden, one of Australia’s greatest ever openers who was a batting mainstay in the rampant Australian Cricket Team of 2000s, said this of Sachin –

“I have seen God. He bats at number four for India.”

Maybe if this doesn’t give you an Idea, then you can try it on your own, just do a simple google search and type in ”God of Cricket” and the answer you will get is what I have been trying to explain for so long.

Over the course of his 24 – year long career , he won millions of hearts across the world for his prolific batting and bowling skills. His ability to constantly re-invent his game not only spoke of his curiosity but also his vision, had there been any other cricketer in his place, they could have rest easy on their laurels which only goes to show how Tendulkar did the impossible when he broke a 40- year old barrier in 2010, by scoring the first ODI double –century, versus South Africa in Gwalior. Remember he was in his 37 year at that time, when most cricketers retire into their early 30’s, Sachin is out there breaking records, but then again nobody has played this game like Sachin has, and most probably nobody will ever will.

Talking about him can fill up thousands of books, films, songs whatever and still we won’t be able to discover his real genius. So on God’s birthday, as a tribute I leave this article with some of his unconquered records and also a perfect quote from BBC Sports –

“Beneath the helmet, under that unruly curly hair, inside the cranium, there is something we don’t know, something beyond scientific measure. Something that allows him to soar, to roam a territory of sport that, forget us, even those who are gifted enough to play alongside him cannot even fathom. When he goes out to bat, people switch on their television sets and switch off their lives.”

The Records (These are not all, but some) :

Most Man of the Match awards: 62

Most Man of the Series awards: 15

Most hundreds against any team: 9 vs Australia

Only batsman to register 8 or more hundreds against two nations: 9 vs Australia and 8 vs Sri Lanka

Most times to score 1000 runs in a calendar year: 7 times

First batsman to score an ODI double hundred: 200 not out against South Africa on Feb.24,2010

Most centuries in World Cups: 6 in 44 innings

Most number of Tests played -200

Most number of Test centuries – 51 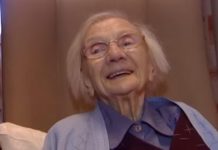