Dominic Thiem just after losing the French Open 2019 final said this in a press conference, “I think that there will never be anyone like Nadal, and I think there will never be another Grand Slam where a player wins 12 times.” Now why I am emphasizing on this statement is, because Dominic is Nadal’s heir apparent on clay and supposedly dubbed as the “Crown Prince” and in a match between the Prince and the King of Clay, it was the King once again who defeated the Prince. This was a repeat of last year’s final where the King triumphed once again, but this time the ‘Prince’ was able to take one set off from Nadal which is a no mean feat. Given, how Roger Federer (who is one of the greatest players in history) was blown away by Nadal in straight sets in the semi-final, if one of the G.O.A.T’s couldn’t do it then it sure makes it difficult for other players as well. Maybe the ‘Prince’ will become the ‘King’ but not until Rafa is there.

Every year during this time of the summer, it’s the same story, Nadal lifting the iconic Roland Garros and doing his signature biting off the trophy. But if I rewind a couple of months, then it was not at all hunky dory for Nadal. From the most lopsided Grand Slam final loss of his career — against Djokovic at the Australian Open 2019— to entering May without a title for the first time since 2004,this had been, by his lofty standards, a tough season for him.

The biggest competitor throughout his career has been – not Djokovic, definitely not Federer, but his ‘Knees’ or injuries. His semi-final losses to Fabio Fognini and Dominic Thiem in both Monte Carlo and Barcelona tournaments perhaps for the 1st time made Nadal look not so invincible.

He had not played for a month before Monte Carlo after withdrawing from Indian Wells in March with a knee injury where he was to face Roger Federer in a titanic clash, that too in a semifinal.

He said,” Mentally, I lost a little bit (of) energy, because I had too many issues in a row”.

He was even contemplating to end the entire 2019 season. He himself admitted this and said, ”Ideas and scenarios were swirling inside my head. I considered shutting down my season to see if my body would recuperate instead of playing through injury after injury”.

He finally returned to the ATP tour, after going through an extensive rehabilitation programme.

It was a slow start by his standards as he “only” reached the semi-finals in Monte-Carlo, Barcelona and Madrid before it all clicked at the Italian Open and French Open.

With Nadal’s win in Rome against his biggest rival of all time – Novak Djokovic, he gained a major confidence boost heading into Paris, firstly because it was his first title of the 2019 season and secondly was his win over Djokovic. To comeback after that demoralizing defeat in the final against him in the Australian Open and dish out a ‘Bagel’ to your arch nemesis which is a first in their rivalry is no mean feat.

But then again, we are talking about Nadal who is the greatest fighter this game has ever seen.

He picked himself up from this win And soon enough, Nadal found himself in a familiar position in Paris: playing in the final, and winning it.

Nadal now has won 18 Grand Slams (12 French Opens, 3 US Opens, 2 Wimbledon, 1 Australian Open) and is just 2 shy of Federer’s all time record of 20 Grand Slam titles. He has eyes set on SW19 where he will attempt once again to win the Wimbledon for 3rd time, he was awfully close last year, when he lost out to Djokovic in an epic semi-final. But maybe this time he will fancy his chances more, as he defeated both Djokovic and Federer in back to back months and may therefore pose a bigger challenge to both his rivals who would go into the tournament as the “Favourites”.

As of now, Nadal would be facing Roger Federer today in a semifinal at Wimbledon, 11 years after their epic 2008 clash for the Wimbledon title which many regard as the greatest tennis match in history. It was also the longest final in Wimbledon’s history. Nadal came out trumps in that duel after losing the 2007 final to the same opponent (Federer). Federer leads their Wimbledon rivalry 2-1 but the form and momentum which Nadal has now will surely make it an even contest for a supposedly “Clay Court Specialist”.

If Nadal wins the Wimbledon for the 3rd time in his career, and get a couple of Grand Slams here and there, he will surpass Federer and will factually become the greatest player of all time. But as of now, with 12 French Opens in his trophy cabinet, and becoming the first player to win the same Grand Slam title 12 times, Nadal still reigns as the undisputed ‘King of Clay’. 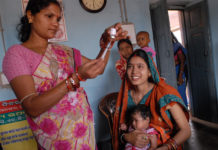