According to a recent announcement by Facebook, researchers will get grants to study the impact of social media on elections. The researchers will receive access to data while still maintaining user privacy.

The Facebook data sets will include information on total shares from a URL, engagement statistics, and fact-checking ratings from third parties. Identifiable information will be removed from the data sets and the researchers will be able to access the data through a two-factor authentication and a VPN. In order to keep the entire process secure and confidential, Facebook has collaborated with Social Science One’s privacy committee.

After a competitive peer review procedure, 60 researchers from 30 educational institutions in 11 countries were selected for the project.

Impact of social media on democracy

Facebook came into the limelight after the Cambridge Analytica scandal where the political communications company was accused of obtaining private information of 50 million Facebook users. The information was allegedly used to create psychological profiles of the users and feed them targeted ads to influence the 2016 US presidential elections.

The Mueller Report released by Special Counsel Robert Mueller contained findings of his investigation into a possible Russian interference in the elections. According to him, there was substantial evidence to prove that Russian intelligence hacked computers in the US.

In 2018, the FBI, Department of Justice and US Department of Homeland Security expressed concerns of social media and ad content interference in the upcoming 2020 elections by Russian, Chinese and Iranian authorities.

Of the Indian elections and the social media checks

Indian elections may not have been influenced by foreign intervention but the government has rightfully been concerned about the effects of social media on democracy.

Less than a month before the 2019 Lok Sabha elections were scheduled to start, the Election Commission (EC) created a Media Code of Ethics for regulating social media platforms like Facebook, Twitter, WhatsApp, Google, ShareChat, and TikTok. Under this new code, these platforms will have to run awareness campaigns on electoral conduct, fast-track violations within three hours, and also facilitate freedom of expression.

The Model Code of Conduct came into effect on April 11 and will stay until May 23 when the results will be declared. The EC has been busy processing ethics complaints of the last four phases of the 2019 Lok Sabha elections. The Phase 5 is scheduled to begin on May 6. 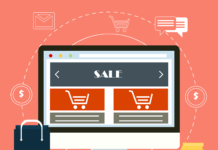