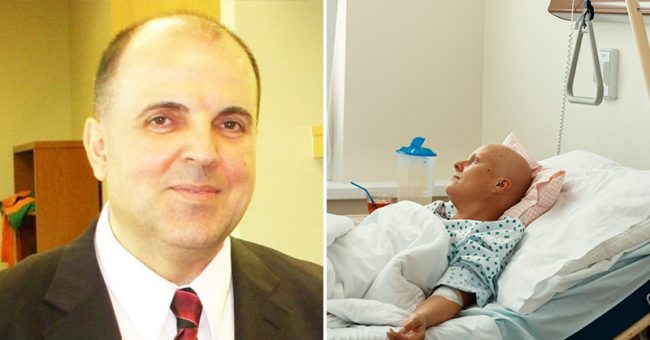 The mere mention of the word “Cancer” is enough to strike fear in the hearts of many as this terrible disease affects millions of people worldwide. It is among the leading causes of death, accounting for 9.6 million deaths in 2018. Unfortunately,we have all lost someone close due to cancer which only goes to show the mass occurrence of this disease.

A Report from the World Health Organization (WHO) states that “ Cancer arises from the rapid creation of abnormal cells that grow beyond their usual boundaries. The change may be started by inherited genetic factors and external agents.”

Also, “More than 60% of world’s total new annual cases occur in Asia, Africa, and Central and South America. 70% of the world’s cancer deaths are accounted by these regions. Aggressive cancer treatments like chemotherapy and radiation additionally worsened the conditions of cancer patients.

According to the Cleveland Clinic:

“Cancer cells are destroyed by chemotherapy and radiation. But they also destroy the normal cells in the process which includes cells of the protective lining of the mouth and the gastrointestinal tract.As a result causing sores in the mouth and/or throat which are painful. The pain can be mild to severe.

Nausea, vomiting, and diarrhoea are caused once the gastrointestinal tract becomes irritated.These conditions are not permanent,and to help relieve your symptoms you might receive medicines.Once your blood counts begin to recover after your infusion of stem cells, your mouth and throat will begin to heal, and vomiting and nausea will also improve.

Even after months or years of your transplant certain side effects can happen. Which can be caused by radiation or chemotherapy, and some can be permanent, such as sterility. Some patients receiving radiation and certain types of chemotherapy have reported of secondary malignancies. Ask your doctor for your specific risk.The risk varies depending on menopausal status for women, previous history of radiation,your age, type of transplant,type and doses of chemotherapy,and disease. Despite the disastrous effects of these methods,the lies and bad decisions of doctors have weakened the faith of many people. Such was the case with Dr. Farid Fata, an oncologist in Michigan who operated many upscale clinics in the suburbs of Detroit-area.

It was five years ago, when Dr. Fata was accused of and arrested for giving cancer treatment drugs to his patients, even if they did not need them, and some of them did not even have cancer.

As per U.S. Attorney Barbara McQuade:

“Dr. Fata exploited them as commodities; he did not care for patients . He under-treated, over-treated and outright lied to patients about whether they had cancer so that he could maximize his own profits.”

Fata “gave poison to these people not to keep them alive but to make money” , fully knowing that chemotherapy is toxic to both cancerous and healthy tissue.

As a result of the fraud his patients had the chance to file claims and receive a fraction of the money he collected from them. Chris Sneary, one of his patients who visited the doctor from 2010 to 2013 due to testicular cancer treatment, said:

“Dr. Fata took full advantage of my trust in him, my fear of dying and, more importantly, my top of the line health insurance. I gave full trust to this man to get me and my family through this journey I was about to begin.”

One of his patients Donald Crabtree, who did have cancer, spoke out in court posthumously, as his wife Marietta, read a statement aloud in court:

Fata pleaded guilty to 13 healthcare and financial fraud charges in September,2015 and was ordered to forfeit $17,600,000 by the U.S. District Court Judge Paul Borman.

After having admitted to have given unnecessary aggressive cancer treatments like chemotherapy and infusion therapies to 553 patients in order to increase billings, which totaled about $34,000,000 to Medicare and private insurance companies.

“I have violated the Hippocratic oath as well as the trust of my patients. I do not know how I can heal the wound.They came to me seeking compassion and care. I failed them. My sins are many. I just don’t know how to express the sorrow and the shame.”

In comparison to the grave sense of loss that weighed heavy in the courtroom his regrets meant nothing:

According to the federal prosecutors, treating his patients as profit centers only, he was the “most egregious fraudster in the history of this country.”

Many of his victims wore bright yellow clothes on the day of his sentencing to symbolize the last day he would see sunlight.The judge came back,after an hour of deliberation,and he was sentenced to 45 years behind bars.

“The government was not only defrauded by Dr. Fata of millions of dollars, but his patients were also lied to about their health and intentionally put their lives at risk. This is the most atrocious case of fraud and deception that I have seen in my career.

As a matter of fact,because of his lies, some of those patients who he was entrusted to care for likely died as a result of his actions. He greedily cared more about his own financial well-being than the lives of his patients.This diabolical and disgusting scheme has hurt hundreds of patients and their families and stolen from them something that no punishment from the court can requite.”

Since February 2015, Fata has been serving his service at a prison in Michigan.

No more “Chicken Dinner” for over six hours a day