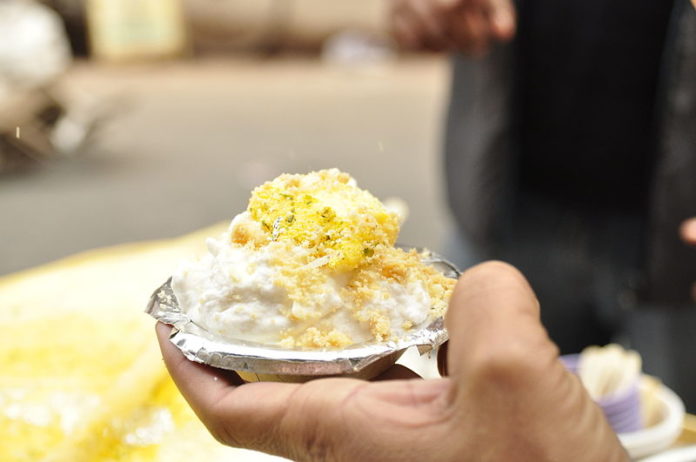 As the temperature of the National Capital drops such that days are chilly and nights frosty, a group of cooks in the old city of the capital can be found carrying cauldrons of milk out of their homes into the open area. Under the moonlight, hour after hour passes resulting in formation of froth on the milk which is also garnished naturally by the dewdrops. This froth is then carefully ladled out in a separate container. A blend of love and legend in equal proportions, this white creamy goodness is what we call ‘Daulat ki Chat’ in Delhi. While, if you are from Kanpur, you would know this by the name of ‘Malai Makkhan’. In Varanasi, it is called as ‘Malaiyu’ in Varanasi and in Lucknow as ‘Nimish’.

Each winter, vendors carrying large platters, or what they call khumchas, filled with this frothy and foamy treat atop a wicker stand returns back to the crowded streets of Old Delhi, doling out portions to hungry customers.

Under the moonlight, on a chilly winter night begins the process of making this delicacy which continues till the dew drops fall on the milk, next dawn. The raw milk is initially kept outside under the moonlight for two-three hours and then churned till the next morning. Then the froth is separated and transferred into another vessel and is also mixed with cardamom powder and saffron. It is then set into the shape of a flower in the platter. This entire churning process required about seven hours of hard work. There is an interesting story behind the name ‘Daulat ki Chaat’ as well.

According to the locals, it was started by a person whose name was ‘Daulat’. In Arabic, this means money or fortune implying that only rich people could afford it. While the word ‘Chaat’ is commonly used for a wide range of savoury dishes made with yoghurt. But in Hindi, finger licking tasty is also denoted by the word ‘Chaat’, which is probably what ‘Chaat’ in the name refers to.

As the sun sets and the evening darkens, the rush in the meandering lanes of Chandni Chowk multiplies exponentially with a significant number of curious people stopping by to taste this yellow topped white mound of fluff. Some of them have just came to the city to have a scoop of this snowy nothingness sprinkled with powdered sugar, crushed dry fruits and chocolaty brown scrapings of roasted milk.

This start-up wants you to stay home, and it is using crowded localities of Ahmedabad, Gujarat to send the message.

JMM leader Hemant Soren to take over as the CM of... 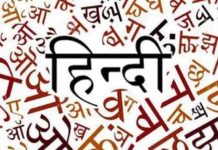