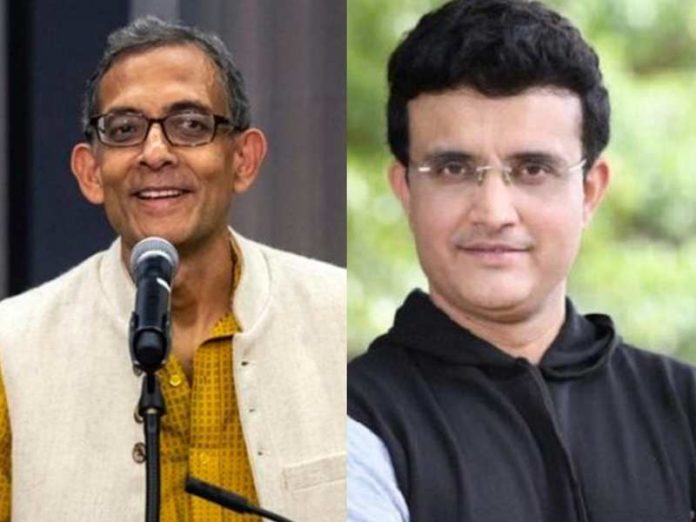 It’s a proud day for Bengal. Two great stalwarts coming from the land of achievers proved the mettle in their respective field.

Dr. Abhijit Banerjee, the Indian- American MIT based economist won the Nobel Prize in Economics, along with his wife Esther Duflo and fellow researcher Michael Kremer. The trio won the Nobel Prize for the exemplary research they had done to alleviate global poverty. Banerjee finished his Bachelors(B.Sc) in economics from Presidency College, Kolkata.  Later, he completed his M.A. in economics at the Jawaharlal Nehru University, Delhi in 1983. He was arrested and jailed in Tihar Jail during a protest after students ‘gheraoed’ the then Vice-Chancellor PN Srivastava of JNU later he was released on bail and charges were dropped against the students. Later, he went on to obtain a PhD in Economics at Harvard University in 1988. The subject of his doctoral thesis was “Essays in Information Economics.

Abhijit has been a critique to demonitisation. Prime Minister and President took no time in taking on to twitter by the time news for  his Nobel Prize was everywhere.

In his Press Conference yesterday, he showed concerns with regards to Indian economy. Referring to the numbers put out by the National Sample Survey, that come out every 1.5 years and give estimates about the average consumption in urban and rural areas in India, Mr Banerjee said, “the fact that we see in that is that between 2014-15 and 2017-18, that number has slightly gone down. And that’s the first time such a thing has happened in many many many many many years so that’s a very glaring warning sign.”

India is the home for 9 Nobel Prize winners and 6 of them have Bengal connection. When asked how does he feel about being the sixth Nobel laureate from Kolkata, he said “I assume they’re all much more distinguished than me.”

Banerjee is one of the founding members of the Abdul Latif Jameel- Poverty Action Lab at MIT and has been doing exemplary work through his research to alleviate global poverty.

On the other hand, Saurav Ganguly became the first cricketer in BCCI’s history to become its president. Saurav Ganguly is considered to be the one who changed the face of Indian cricket. At  this time too, there are a lot of expectations from him. He was someone who started picking unconventional players from small towns and made them superstar. MS Dhoni, Mohammad Kaif are some name who own their successful career to him.

Saurav Ganguly is the captain who led the Indian cricket team to the world cup finals of 2013. It was during his captaincy that the Indian cricket team evolved to be a world  class cricket team.Speaking to reporters, the former Indian skipper, who led India to 2003 World Cup final, termed Abhijit Banerjee’s achievement as “much bigger”. Ganguly also said that he has never met Banerjee in person but was reading about his economic theory which earned him the coveted prize while on the flight. Ganguly also hoped to one day meet him in person.

Overall 15th October was a day for Bengal and India to be proud of. Bengal has always contributed great people in Indian history. From Swami Vivekananda – Amartya Sen to Abhijit Banerjee- Saurav Ganguly, Bengal is roaring today like a tiger- “The Bengal Tiger”.

Is This Humiliation of a Martyr by a “Criminal” justified?