Chennai has become practically the first Indian city to have gone dry. According to the data released by the Central Water Commission, the city has received a rainfall deficit of over 40 percent till June 13 this year.
Majority of the population of the city is dependent either of water tankers or irregular municipal water supply for the daily requirement of potable water. Water even for sanitation is scarce. The long queues of women waiting for their turn to fetch water from tanker barely enough to meet the drinking and kitchen requirements which you must have seen on your television screens are the harsh reality of today of the city. Forget about laundry and bathing, they are no short of luxury in today’s Chennai.

To add the cherry on the top, the price of Bottled water has gone up by four times which makes it accessible only to the wealthier section of middle-class. Most companies have asked their employees to work from home and numerous restaurants and cafes have shut down operations. ‘Don’t waste water’ bills, stickers, posters and banners could be found on every corner of the city.

But how did Chennai reached to this point and lost all its water?
The Cooum, the Kosasthalaiyar and the Adyar are the three rivers which flow into the Bay of Bengal through Chennai. These rivers are connected by the Buckingham canal.

Let’s turn the pages of history and try to understand what exactly went wrong and where. Till a couple of decades ago, Chennai was amongst the water-surplus metropolitan cities of the country. The age-old water conservation tradition of Tamil Nadu is to be credited to this achievement that made it possible for the city to have about two dozen water bodies including a British-era Buckingham canal and three rivers. You’ll be shocked to know that today, there has been reduced to just half a dozen.
A study conducted by Anna University pointed out that Chennai has lost one-third of its wetlands in the last decade. During the same time period, the city lost about one-fourth of its agricultural land which is essential to maintain the water table. The blame of this devastation goes to the reckless and unplanned construction (roads, highways, flyovers and airports). Majority of these projects were undertaken on traditional and conventional water bodies.

Except for few patches here and there, the Buckingham Canal, as well as all three rivers, is dry today. Same is the story of wetlands; maximum of which were encroached to expand the urban settlement.

The Valluvar Kottam irony
This story of devastation began in the 1970s. Ironically, Thiruvalluvar, Tamil Nadu’s most popular poet today stands as a symbol of the biggest warning of an upcoming water crisis and the government’s neglect to the approaching havoc. His image is used by the Tamil Nadu Water Supply and Drainage Board to stress on the importance of water conservation.

In one of his famous songs, he had said, “the world is preserved by the existence of rain.” Ironically, during the 70s, the government of Tamil Nadu decided to fill the Nungambakkam lake to build a monument dedicated to Thiruvalluvar. The monument stands at the deepest point of the erstwhile lake in the city and tells the story of how Chennai became thirsty by losing all its water.
All the four reservoirs that supply potable water to Chennai are currently operating at less than a percent of total capacity. With the prediction of the Meteorological Department of a weaker monsoon, the water woes of Chennai residents are not going to be over soon.

What does living in a post-truth world mean? 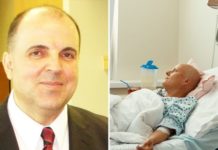 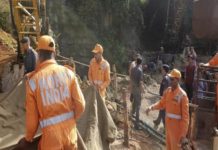